Plover (rhymes with "lover") is a free, open source stenography engine. Use it instead of typing to write into any program at speeds of over 200 words per minute. 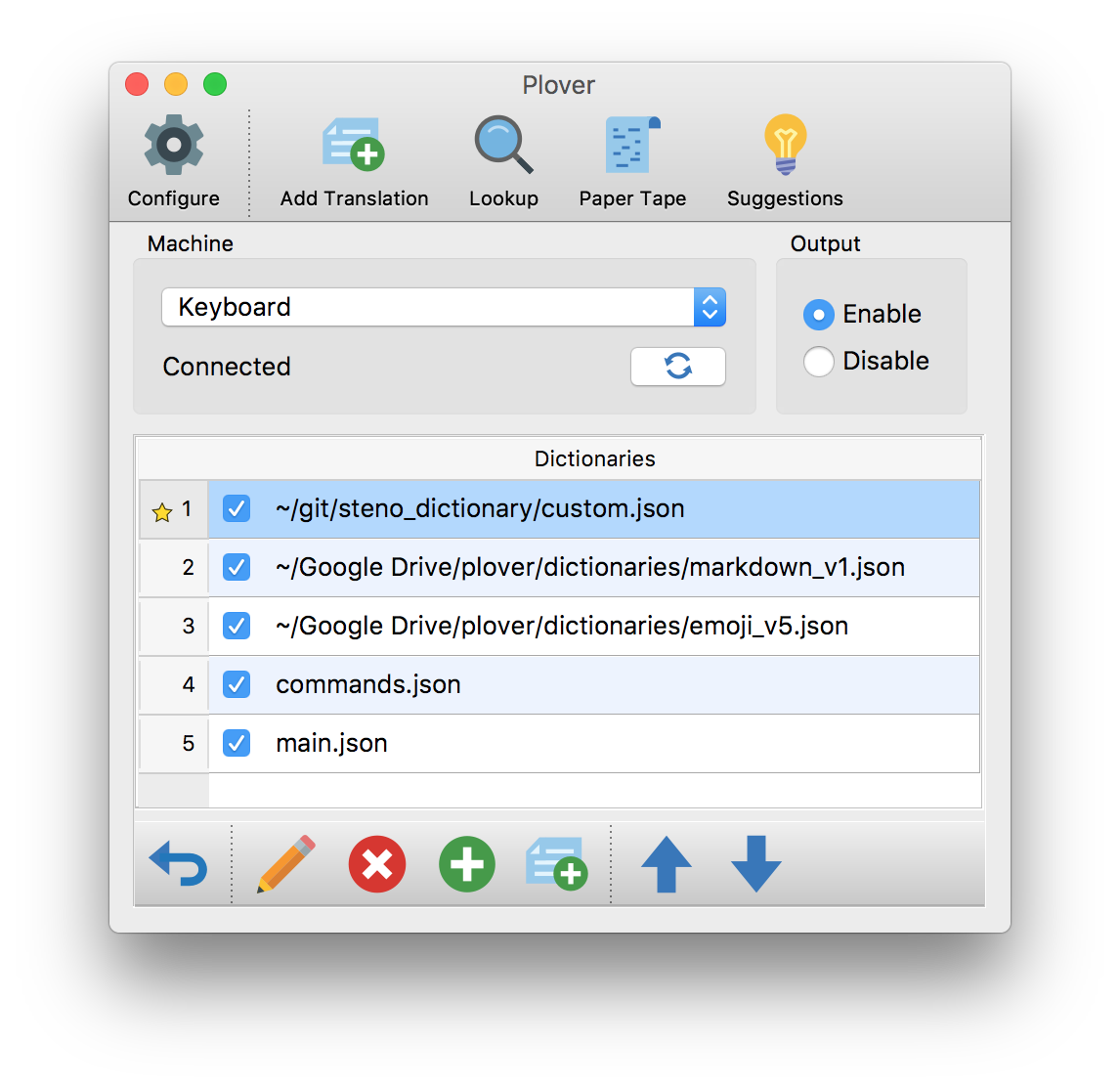 The art of stenography has existed for over a century, and has been computerized since the late twentieth century. All over the world, professional stenographers write at realtime speeds (over 200 words per minute) in order to take depositions and caption live television. Plover brings this powerful technology to anyone who is willing to learn it.

The Open Steno Project, formed to support Plover and related projects, acts as a driver for truly free steno resources. While Plover is at the core of the Open Steno Project's effort, it is just as important to ensure that we have affordable hardware and open learning resources. Newcomers are encouraged to read through the Beginner's Guide to get started with Plover and start their learning journey.

Before there was Plover, there was deposition software, often called computer-aided transcription (CAT) software. While this software is very useful for stenographers making depositions, it is not well-fitted to other purposes. It is sandboxed, proprietary, and often bloated. Plover is a small, slick Python application that you run in the background. It acts as a translator to read steno input from your keyboard or steno machine and then emulates keystrokes. The programs you use can't tell that you're using steno.

This means that you can use Plover to chat on Facebook, write in Microsoft Word, browse the web, control your media, use a terminal, fire off keyboard shortcuts, open and close programs, navigate with arrow keys, write code, or anything else you could do with a regular keyboard, but at potentially much greater speeds!

Plover is used today by over a thousand people, of varying skills. It is used by both professional stenographers, transcriptionists, programmers, and hobbyists (for general computer use and composition). If you want to know more about the community, it's best to join our official Discord server.

Plover is packed with many features to make it a great keyboard replacement.

Plover is open source software. It accepts bug reports, feature requests, art, and usability ideas. Please see Plover's GitHub if you would like to contribute.

Get Started with Plover

If learning stenography sounds exciting to you, that's amazing! The Open Steno community welcomes you whether your want to learn steno out of curiosity or because you want to make a career out of it.